Death is only for the physical body and never for the soul. As your body weakens, fluid collects in your throat and chest. As an outcome, you make a sound as you breathe a “death rattle” that’s a lot more painful to those around you than it is to you. Still, though this might sound devastating, the person experiencing it is not likely in any stress. Read Sad Quotes

“We all die. The goal isn’t to live forever, the goal is to create something that will.”Chuck Palahniuk

“It is not length of life, but depth of life.” Ralph Waldo Emerson

“Live your life, do your work, then take your hat.” Henry David Thoreau

“That it will never come again is what makes life so sweet.” Emily Dickinson

“No one is actually dead until the ripples they cause in the world die away.” Terry Pratchett

“For life and death are one, even as the river and the sea are one.” Kahlil Gibran

“People living deeply have no fear of death.” Anais Nin

“Death is not the opposite of life, but a part of it.” Haruki Murakami

“Our dead are never dead to us, until we have forgotten them.” George Eliot

“To the well-organized mind, death is but the next great adventure.” J.K. Rowling

Death Quotes For Loved Ones

“He who is not busy being born is busy dying.” Bob Dylan

“Whatever you want to do, do it now. There are only so many tomorrows.” Michael Landon

“Tell your friend that in his death, a part of you dies and goes with him. Wherever he goes, you also go. He will not be alone.” Jiddu Krishnamurti

“What we have once enjoyed deeply we can never lose. All that we love deeply becomes a part of us.” Helen Keller

“You’ll drift apart, it’s true, but you’ll be out in the open, part of everything alive again.” Philip Pullman

“Death is a challenge. It tells us not to waste time… It tells us to tell each other right now that we love each other.” Leo Buscaglia

“I don’t want to die without any scars.” Chuck Palahniuk

“I feel monotony and death to be almost the same.” Charlotte Brontë

“Maybe all one can do is hope to end up with the right regrets.” Arthur Miller

“Do not fear death so much but rather the inadequate life.” Bertolt Brecht

“A normal human being does not want the Kingdom of Heaven: he wants life on earth to continue.” George Orwell

“They say you die twice. One time when you stop breathing and a second time, a bit later on, when somebody says your name for the last time.” Banksy

“Death will never make sense to your mind. Only time and self-understanding will alleviate your suffering.” Maxime Lagacé

“Man cannot possess anything as long as he fears death. But to him who does not fear it, everything belongs.” Leo Tolstoy

“Neither fire nor wind, birth nor death can erase our good deeds.” Buddha

“It matters not how a man dies, but how he lives. The act of dying is not of importance, it lasts so short a time.” Samuel Johnson

“Death commences too early – almost before you’re half-acquainted with life – you meet the other.” Tennessee Williams

“Mostly it is loss which teaches us about the worth of things.” Arthur Schopenhauer

“Death is a distant rumor to the young.” Andrew A. Rooney

“Death is nothing, but to live defeated is to die every day.” Napoleon Bonaparte

“No one really knows why they are alive until they know what they’d die for.” Martin Luther King Jr

“Death is like a mirror in which the true meaning of life is reflected.” Sogyal Rinpoche

“Death is a word, and it is the word, the image, that creates fear.” Jiddu Krishnamurti

“Cowards die many times before their deaths; The valiant never taste of death but once.” William Shakespeare

“The reports of my death are greatly exaggerated.” Mark Twain

“You needn’t die happy when your time comes, but you must die satisfied, for you have lived your life from the beginning to the end.” Stephen King

“If we lose love and self respect for each other, this is how we finally die.” Maya Angelou

“The fear of death follows from the fear of life. A man who lives fully is prepared to die at any time.” Mark Twain

“The fear of death is the most unjustified of all fears, for there’s no risk of accident for someone who’s dead.” Albert Einstein

“I am ready to meet my Maker. Whether my Maker is prepared for the great ordeal of meeting me is another matter.” Winston Churchill

“Death is nothing else but going home to God, the bond of love will be unbroken for all eternity.” Mother Teresa

“If you’re not ready to die for it, take the word “freedom” out of your vocabulary.” Malcolm X

“Death is so terribly final, while life is full of possibilities.” George R.R. Martin

“To die will be an awfully big adventure.” Peter Pan

“I’m not afraid of death because I don’t believe in it. It’s just getting out of one car, and into another.” John Lennon

“It is not death that a man should fear, but he should fear never beginning to live.” Marcus Aurelius

“The last enemy that shall be destroyed is death.” J.K. Rowling

“A single death is a tragedy; a million deaths is a statistic.” Joseph Stalin

“No one here gets out alive.” Jim Morrison

“For some moments in life there are no words.” David Seltzer

“I’m the one that’s got to die when it’s time for me to die, so let me live my life the way I want to.” Jimi Hendrix

“Each night, when I go to sleep, I die. And the next morning, when I wake up, I am reborn.” Mahatma Gandhi

“Life is hard. After all, it kills you.” Katharine Hepburn

“When I shall die, let it be doing that I had designed.” Ovid

“I want to be all used up when I die.” George Bernard Shaw

“Give me liberty or give me death.” Patrick Henry

“Death is the ultimate boundary of human matters.” Horace

“We are born from a quiet sleep, and we die to a calm awakening.” Zhuangzi

“The meaning of life is that it stops.” Franz Kafka

“No art is possible without a dance with death.” Kurt Vonnegut

“Even trees do not die without a groan.” Henry David Thoreau

“The phoenix must burn to emerge.” Janet Fitch

“Every exit is an entry somewhere else.” Tom Stoppard

“I shall not die of a cold. I shall die of having lived.” Willa Cather

“It’s better to burn out than to fade away.” Neil Young

“Nothing is ever certain.” Alice Sebold

“It is nothing to die. It is frightful not to live.” Victor Hugo

“The idea is to die young as late as possible.” Ashley Montagu

“If life must not be taken too seriously, then so neither must death.” Samuel Butler

“The highest tribute to the dead is not grief but gratitude.” Thornton Wilder

“I would rather die a meaningful death than to live a meaningless life.” Corazon Aquino

“I discovered to my joy, that it is life, not death, that has no limits.” Gabriel García Márquez

“By becoming deeply aware of our mortality, we intensify our experience of every aspect of life.” Robert Greene

“The man who lives without conflict, who lives with beauty and love, is not frightened of death because to love is to die.” Jiddu Krishnamurti

“The day which we fear as our last is but the birthday of eternity.” Seneca

“Yea, all things live forever, though at times they sleep and are forgotten.” H. Rider Haggard

“As soon as you’ll realize that it was a gift, you’ll be free.” Maxime Lagacé

“Death ends a life, not a relationship.” Mitch Albom

“There are far, far better things ahead than any we leave behind.” C.S. Lewis

“There are only three things that can kill a farmer: lightning, rolling over in a tractor, and old age.” Bill Bryson

“In the end one needs more courage to live than to kill himself.” Albert Camus

“Many people die at twenty-five and aren’t buried until they are seventy-five.” Benjamin Franklin

“The first breath is the beginning of death.” Thomas Fuller

“Let us endeavor so to live that when we come to die even the undertaker will be sorry.” Mark Twain

“A word is dead when it is said, some say. I say it just begins to live that day.” Emily Dickinson 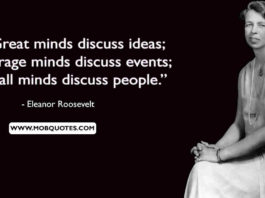 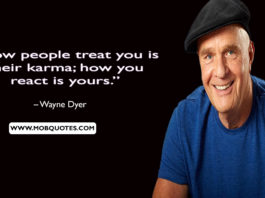 100 Cheating Karma Quotes that will Enlight Your Life 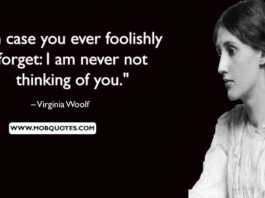 99 Happy Wedding Anniversary Quotes & Wishes for Him & Her 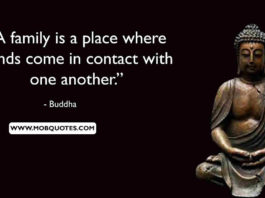 188 Best Family Quotes That Say I Love My Family Forever 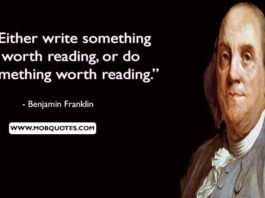 100 Short Encouragement Quotes for Him, Her & Kids